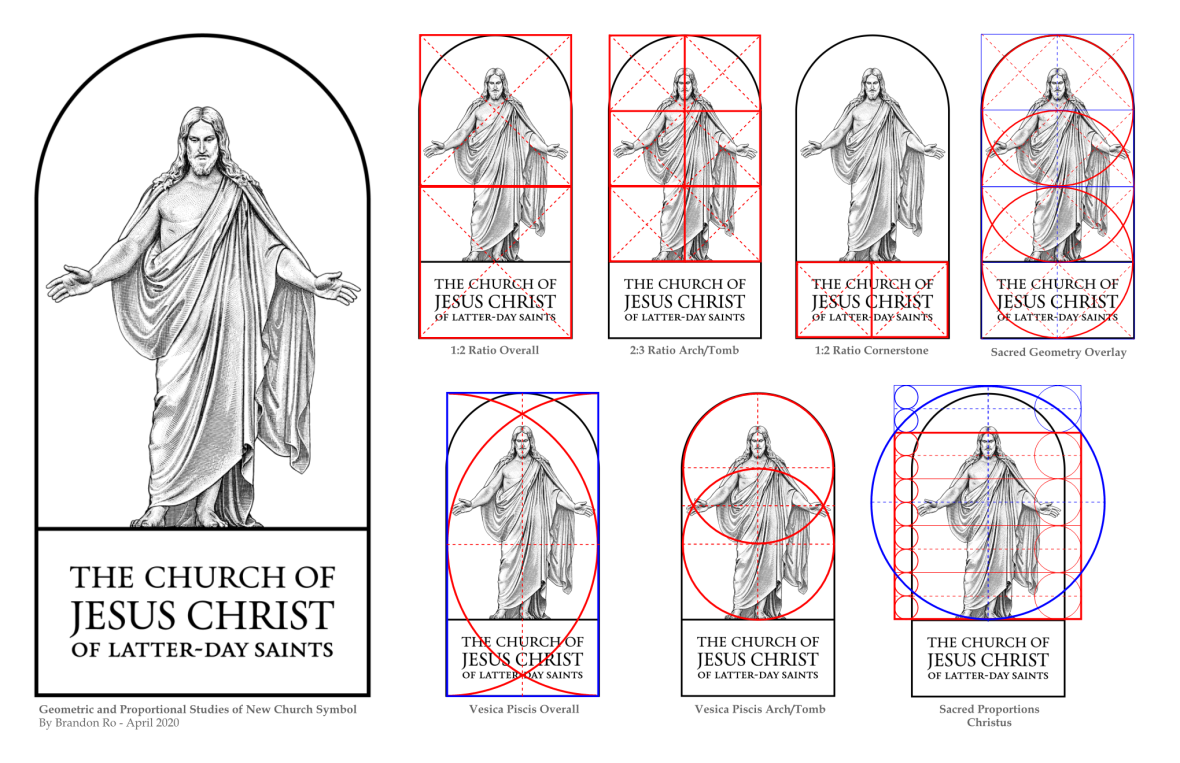 About six years ago I had a memorable lunch conversation with a couple of friends who were in the process of working on a new symbol/logo for The Church of Jesus Christ of Latter-day Saints. They told me that the symbol needed to emphasize the importance and centrality of Jesus Christ within the Church. It also needed to speak a universal language applicable to people around the world through iconography and symbolism. From a cross, star of David (6-pointed star), squared circle, pentagram (5-pointed star), and seal of Melchizedek (8-pointed star) just about everything was considered. I provided them with a few resources on sacred geometry and symbols.

After that meeting I always wondered what ever came of those efforts until President Russell M. Nelson revealed a new symbol for the Church earlier this month at General Conference. As one who has designed sacred spaces and now teaches sacred geometry to my architecture students, I am pleased to see several key proportional relationships and geometric patterns that reflect eternal principles in the new symbol design. I especially like the classical and traditional architectural design elements that are used such as a cornerstone and an arch. I believe that it is an appropriate symbol that reflects the central message of the faith.

Here is the full description by President Nelson about the symbol’s meaning: “This symbol includes the name of the Church contained within a cornerstone. Jesus Christ is the chief cornerstone. At the center of the symbol is a representation of Thorvaldsen’s marble statue the Christus. It portrays the resurrected, living Lord reaching out to embrace all who will come unto Him. Symbolically, Jesus Christ is standing under an arch. The arch reminds us of the resurrected Savior emerging from the tomb on the third day following His Crucifixion.”