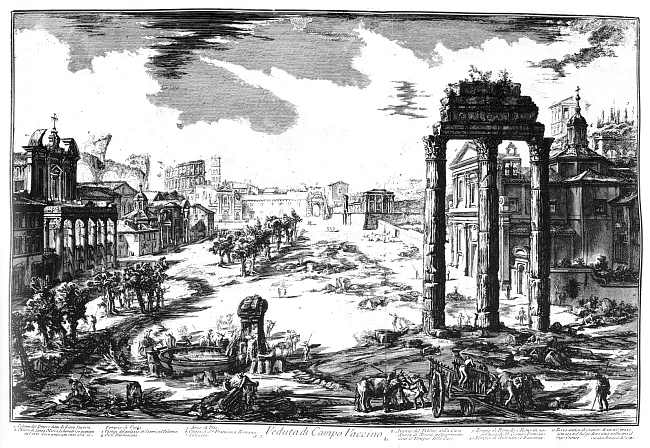 “I shall define beauty to be a harmony of all the parts…fitted together with such proportion and connection, that nothing could be added, diminished or altered, but for the worse.”

Over the past few months, I have been studying variations of the Classical Orders. Below are several pen and watercolor renderings of column capitals that I have produced as a result.

(Roman Corinthian Order from the Temple of Castor and Pollux, Rome, Italy)

Brandon Ro, AIA, NCARB is an award-winning architect, leader, and educator with over 12 years of AEC industry experience. He teaches architectural history and theory, three-dimensional representation, and architectural design at Utah Valley University. He has received awards from the AIA, APA, USGBC, and Walt Disney Imagineering.

I'm proud of my mini architect kids! They took on a design-build project this afternoon for an art museum. First, they did their precedent analysis by walking the Springville Museum of Art to familiarize themselves with the different exhibits. Then, they worked as a team to build several different museum design concepts - some even had sculpture gardens. Their father only did some minor coaching on the side! 😉 #designbuild #kidarchitect #museumdesign #architectureeducation #prouddad #springvillemuseumofart
I'm excited for our 2020 Spring lecture series to officially kick off tonight at Utah Valley University (UVU). We have partnered with the Institute of Classical Architecture and Art Utah Chapter as well as the Central Utah section of the American Institute of Architects. The free lecture starts at 6:30pm tonight at UVU in the Computer Science building, room CS-404. Parking at UVU is free after 5:00 pm. Come join us!  @uvuarch @classicistutah #uvuarch #architectureeducation #uvu #lectureseries #aia #continuingeducation #icaautah #architects #architecture #traditionalarchitecture #classicalarchitecture
Interior sketch of the giant Corinthian order within the Idaho State Capitol. #traditionalarchitecture #idahostatecapitol #corinthianorder #sketchingarchitecture #thinkingwithmyhands #classicalorders
Looking forward to seeing what our UVU architecture students propose for this infill site in downtown Provo this semester. They have been tasked with designing a museum of antiquities. Stay tuned! @uvuarch #architectureeducation #historicarchitecture #architecturaldesign #traditionalarchitecture #uvuarchitecture #provo #historicprovo
My daughter Elena is proud of our latest Lego creation...her dream princess castle. And it's even equipped with a three story slide on the back! Believe it or not she said she had just as much fun making this as going to Disneyland. Reminds me of the importance of family time! #lego #fatherdaughter #princesscastle #legocastle #familytime
"Architecture emancipates us from the embrace of the present and allows us to experience the slow, healing flow of time." - Juhani Pallasmaa . I have always loved the details on this fountain at the Provo City Center Temple. The patina makes it even that much more beautiful as it ages over time. . #classicalarchitecture #waterfountain #patina #provocitycentertemple #thechurchofjesuschristoflatterdaysaints #juhanipallasmaa
Just finished up a watercolor and ink rendering of the Memphis Tennessee Temple. It was a privilege to have been part of the design team on this project that was finished earlier this year. #sacredarchitecture #watercolor #watercolorrendering #thechurchofjesuschristoflatterdaysaints #memphistennessetemple #ilovetoseethetemple #architecture #memphistemple #watercolortemple
Quick sketch of west doors at the Salt Lake Temple. I'm excited to see the results of the upcoming renovation! #sketch #sketchingarchitecture #saltlaketemple
Love the facade detailing on the historic Capitol Theatre in downtown Salt Lake City. #classicalarchitecture #historicpreservation #historicsaltlakecity #capitoltheatresaltlakecity
%d bloggers like this: